Jan 18, 2021 9:12 am Ibrar Younas 1441
Users in North Cyprus of the WhatsApp messaging application should be unaffected if Turkey decides to take action against the Facebook-owned company over its new privacy policy, experts have told Cyprus Today. 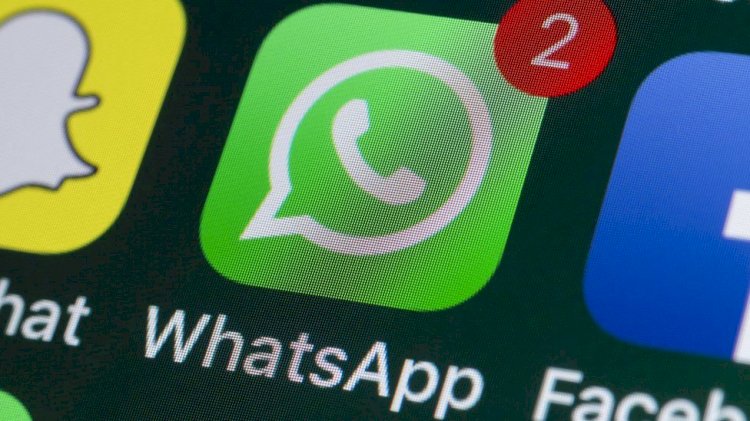 Users of the popular free app, which enables mobile phone owners to sign up using their phone number to share text, images, videos, internet links and other content with each other, have received notifications on their devices about the updated data policy. The changes will kick in after February 8.

According to the new rules, which WhatsApp users outside of the EU must accept if they want to continue using the app, some of their data will be shared with companies on Facebook.

The move has sparked a strong reaction in Turkey, where there have been calls for people to uninstall WhatsApp from their phones and switch to rival services, including those based in the country.

The Presidency and Defence Ministry in Turkey both announced that they were moving their WhatsApp “groups” to Turkcell-owned BiP, which gained millions of new joiners.

Ali Taha Koç of the Turkish Presidency Digital Transformation Office said: “WhatsApp, a Facebook group of companies, subjects those who live in the European Union and those who do not to different conditions in the management of personal data.”

“We have launched an investigation against the company,” Turkish Presidential spokesperson İbrahim Kalın said. “If they don’t step back, as indicated by lawyers, Turkey can block WhatsApp.”

The investigation has led to questions being raised about how any potential action by the Turkish authorities could affect WhatsApp users in North Cyprus who have Turkish mobile phone numbers.

Speaking to Cyprus Today Lisani Deniz, partner of Lefkoşa-based Denizler IT Services, a company specialising in data security services, said: “If the TRNC’s Information Technologies and Communication Authority (BTHK) ensures that the [internet] transit ‘leg’ to Cyprus from Turkey is not closed, then WhatsApp users can continue to use the app even if Turkey blocks it.

“We have seen examples of this before, but it depends on the BTHK’s stance on the situation. We can keep using WhatsApp if they want to make sure that leg remains open.”

BTHK head Kadri Bütüncül, also speaking to this paper, said: “Our [internet] connection has a transit ‘exit’ from Turkey, meaning it is possible for us to continue to use WhatsApp. Their blocking would not affect TRNC-based users of the app.”

Mr Bütüncül said that the TRNC has its “own laws and courts” and that any decision by Turkey to block WhatsApp “does not bind us”.

He added: “If Turkey blocks WhatsApp we will follow the case. The same is true for the opposite: Turkey is not affected when we block things.”

Meanwhile WhatsApp has sought to reassure users following “rumours” posted on social media that people’s private messages could be exposed by its new privacy policy.

“We want to address some rumors and be 100 per cent clear we continue to protect your private messages with end-to-end encryption.