Permanent residency rules are ‘not just or correct’

Aug 18, 2020 11:54 am Ibrar Younas 4603
A DECISION by the immigration department to refuse the permanent residency application for the spouse of a foreign resident for ‘failing’ to meet the property criteria has been damned in an Ombudsman report, Cyprus Today can reveal. 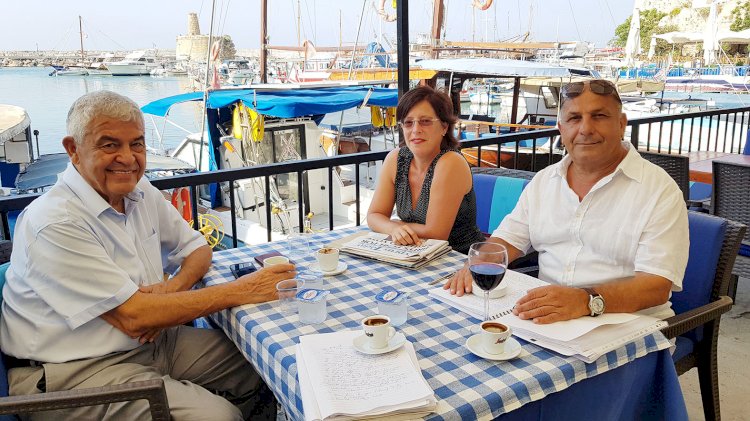 Enver Cahit Gülbaşar, 62, his wife Grace JE Visscher, 50, and the couple’s daughter, Rosa, 11, moved to the TRNC in 2014 and the family live in their own luxury villa in Doğanköy.
The family had planned to start up a project to help Alzheimer’s patients once they are granted permanent residency for reasons of legal certainty.
Mr Gülbaşar, whose wife of which he married in November 2009, was a white ID card in June this year. His daughter is in the process of being granted permanent residency.
Dutch national Turkish origin Mr Gülbaşar, who is continuing to take out yearly residency permits in North Cyprus, served from 2002 to 2008 from the Labour Party to the town council in Fitchland, Leeuwarden, and made headlines in Turkish press after lobbying the government to stop a ban on the teaching of Turkish language in Dutch schools.
He has been living in the TRNC for six consecutive years and has all six temporary residency stamps.
Speaking to Cyprus Today, Mr Gülbaşar said: “I was told by the Interior Ministry that I did not satisfy the permanent residency criteria, that I could not be granted permanent residency because I did not legally own property worth at least 125,000 euros or equivalent.
“However I am married to a person who has permanent residency, and my daughter is on the verge of being granted permanent residency, following the intervention of Deputy Prime Minister and Foreign Minister Kudret Özersay.”
Enacted in 2015, the Fifth Article of the Permanent Residency Law provides that a person must own property in North Cyprus that is worth the market value of 125,000 euros or equivalent.
Mr Gülbaşar said his Dutch national wife who has TRNC permanent residency, owned a total of three separate properties in the TRNC including the Doğanköy villa they are living in as a family – totalling the equivalent of 350,000 euros.
“However because the properties aren’t in my name, the authorities have refused my permanent residency application because they said the legislation specified that the applicant has to have property in his/her name. They do not recognise marriage or the need to maintain family integrity. This is absurd,” he said.
After taking his matter to Ombudsman Emine Dizdarlı who examined the case, a damning report agreed with the view of Mr Gülbaşar.
The newly published report states that Mr Gülbaşar applied for permanent residency on July 13, 2017, to the Immigration department under Article 5.
Upon evaluation of the complaint of Mr Gülbaşar, the Ombudsman report concluded: “The principle of the preservation of family unity, the social and economic right. . .is very important. The administration has an obligation to protect the integrity of the family and to ensure their happiness and prosperity.
“It is not just or correct for the Immigration department [of the] Interior Ministry to grant one spouse permanent residency, and refuse the other spouse without due consideration to the properties acquired during the marriage and/or because the [said] property is not in the name of the other spouse.”
Former chief justice Taner Erginel said he “fully agreed and endorsed” the findings of the Ombudsman.
Mr Gülbaşar welcomed the report saying he hoped this would “pave the way to other temporary residents who are in the same position as us, providing legal certainty. It is absurd for permanent residency to be given to one spouse and their child, and to leave the married partner as being a ‘temporary’ resident,” he said.