Nov 16, 2020 11:59 am Ibrar Younas 5839
Chief reporter KEREM HASAN ‘drives the silence’ as he takes an exclusive spin in the Günsel B9, the first electric car to be manufactured in North Cyprus 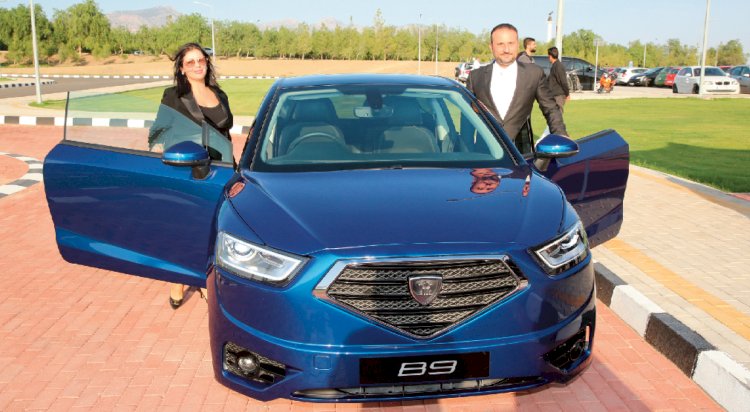 AN EXQUISITE car that drives in silence, combined with a sporty touch and comfort.

These were just some of the observations I made as my adrenaline kicked in as I sat inside the Günsel B9 car to test drive the vehicle that has been manufactured in the TRNC by Near East University and the Günsel family. 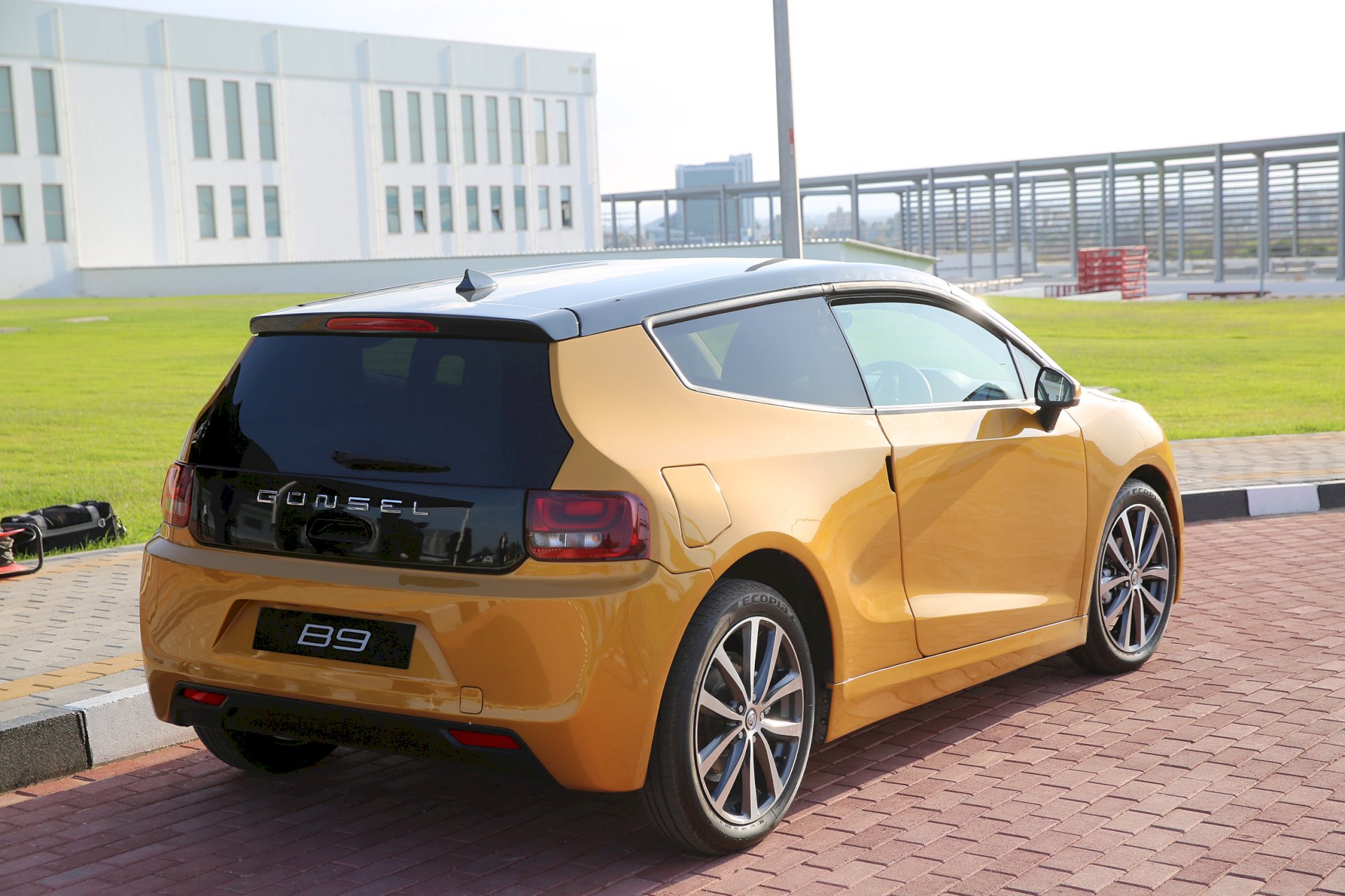 The sleek-looking zero-emissions vehicle, which runs solely on electric power, has been produced under the slogan “Drive the Silence”.

I joined Kıbrıs Media Group vice chair Nur Nadir on a visit to the Günsel headquarters at the Near East University (NEU) campus on the outskirts of Lefkoşa on Monday following an invitation from the billionaire founder of NEU Dr Suat Günsel.

Cyprus Today, which is part of Kıbrıs Media Group, has been closely following the development of the Günsel marque from the drawing board and now to the test track.

Prof Dr İrfan Suat Günsel, Dr Günsel’s son, welcomed us before giving a briefing on the vehicle’s specifications and their plans for the future.

Speaking to this newspaper, he said: “We are in the final stage of preparing the B9 model for mass production. Next year, we are planning to start manufacturing 20,000 Günsel B9 vehicles a year in the first phase.

“A new building made from steel will be constructed in three to four months that will play a major role in serial production of the B9, 100 per cent electrically powered vehicle.

“At present we are only planning to manufacture right-hand drives, but as it is very easy to change the side of the steering wheel in electric cars, we will also produce left-hand drive versions later.

“We will therefore first produce for [the] TRNC, then for our motherland, Turkey, then send the vehicle to the highways of the rest of the world.

“Our new dream is now to actually see our very own Günsel vehicle pass in front of a cafe abroad.” 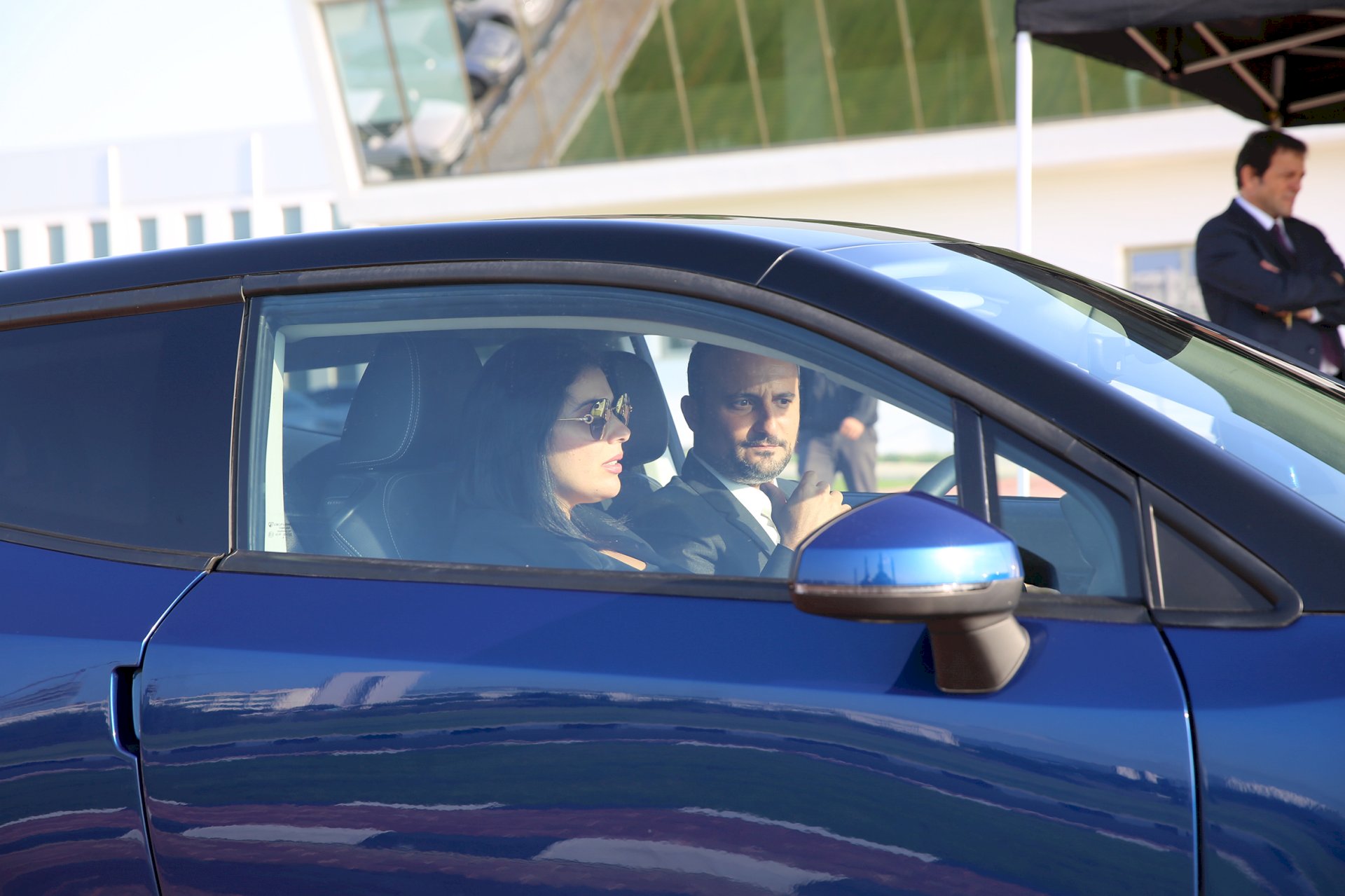 Prof Günsel explained that, due to the Covid-19 pandemic, there had been “setbacks” to the production schedule.

“We did our launch in February. We wanted to invite [people] to [test drive the car] following the launch but because of the pandemic, this had to be deferred.

“There are three [Günsel B9] vehicles being tested. From being a dream to reality, the production of the Günsel car is proof of how successful Turkish Cypriots can be when they work hard, despite the isolations on our country.

“We are perfectly competent. We are a beautiful, hard-working nation. We should first know this for ourselves, and then prove this to the rest of the world.

“On the eve of commemorating the [37th] anniversary of the [November 15] proclamation of the Turkish Republic of Northern Cyprus, it is our duty to believe in the republic entrusted to us, and I say again, to reinforce this belief through production.

“This is how to best invest in our republic. The Günsel car is the fruit of this belief, of this love for our country.

“We are very proud. Later generations will be able to build on this. It doesn’t matter what you produce, so long as you produce. . .  You may be producing science, art, food, technology . . . production is the key to standing on your own two feet.” 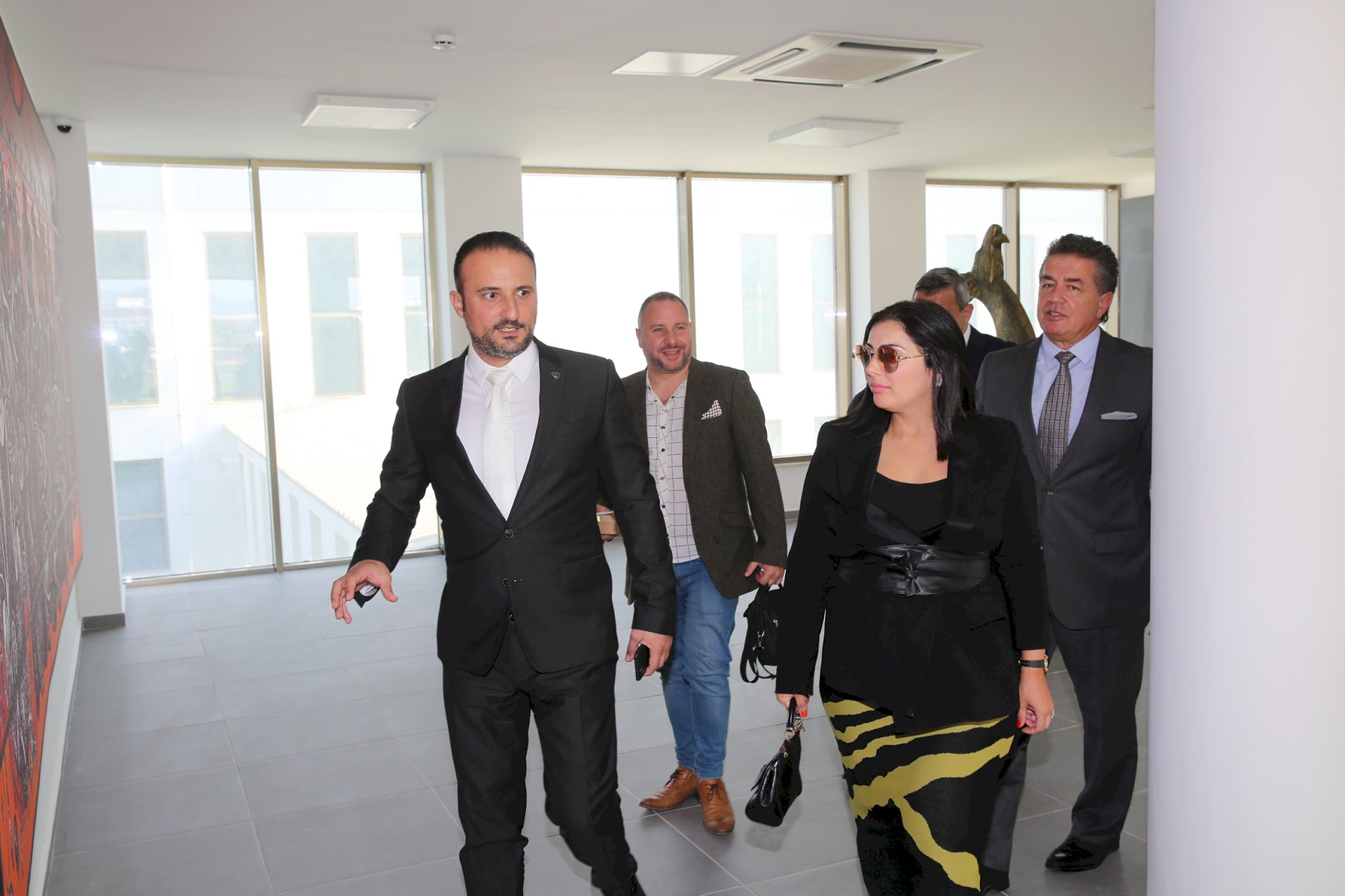 Prof Günsel added: “At present there are 160 engineers and designers working for the Günsel vehicle.

“We have a very young and dynamic team aged 25 to 30, young people who have just graduated. I can say that they have been ‘born’ together with the Günsel.

“The foundations of the Günsel are art, love, and passion. We could have been in another country today in different positions, with greater opportunities.

“However, we were born in this country and these lands, which we are grabbing with our bare hands. We want to become permanent in our existence here, to subsist forever, with our belief in our Republic.

“So 160 engineers and 6,200 NEU staff have put their backs into the Günsel project.” 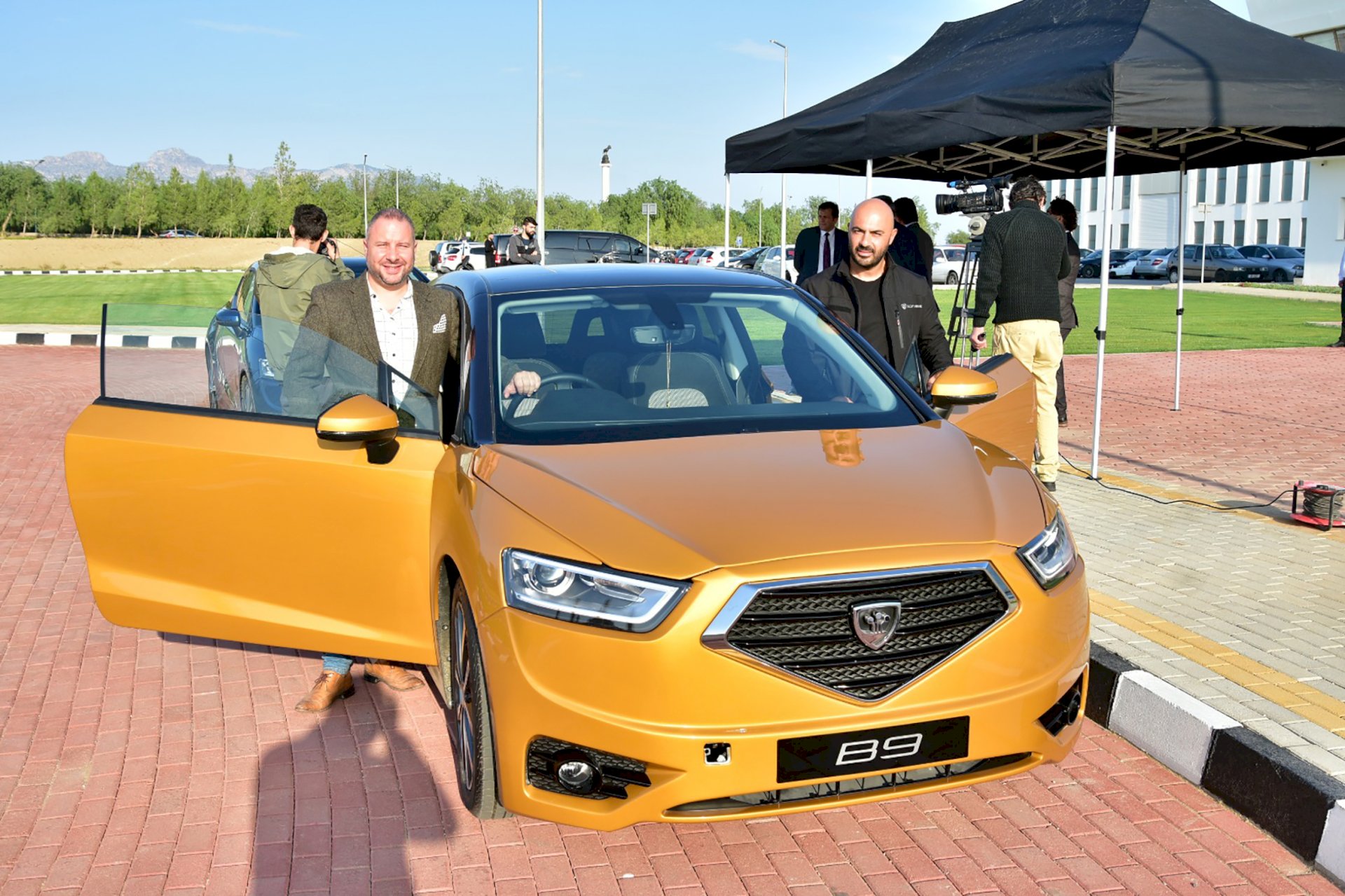 Test Driving the Günsel B9

I WALKED up to the Günsel B9 vehicle – with co-driver and NEU Car Museum director Ulus Candanal – who invited me to sit at the wheel. He asked me to press the ‘D’ button while my foot was on the brake.

There was absolutely no sound of an engine, or a change of gear or vibration. The interior is immaculate – it has a touch-screen computer, part leather and fabric seats, and a dashboard that offers plenty of space and comfort.

After being asked to drive off I gently put my foot on the accelerator and the car silently started moving off.

It was an amazing feeling. The steering wheel was easy to turn. I cannot explain how proud I was to be driving a vehicle that has been years in the making.

The smooth and comfortable feel of the vehicle inspired me to put my foot down, which I did. The vehicle is agile and speeds up very quickly, a nippy ride.

There are no gear changes and no gear stick. It’s simple. The vehicle just goes smoothly, comfortably, and silently. It’s a unique experience compared to driving any fuel-based vehicle.”

Prof Günsel told me after my drive around the NEU test track that the select few who have so far test driven the Günsel, such as President Ersin Tatar, say that it has exceeded their expectations.

“They love the performance of the vehicle and its agility, which is one of the features of the electric car,” he said.

“The vehicle is able to give all its power without any mechanical shifts.

“The Günsel has 190 horsepower, allowing for a very enjoyable drive. . . And because there is no internal combustion of the engine . . . there is no vibration.

“I love automobiles and motors, and have a passion for the sound of motors, which I see as music, an art. However the world is heading towards electric cars. Therefore we have devised an innovative vehicle that is both environmentally friendly and economical for its owner.”

The Günsel car series is to be produced exclusively in the TRNC with 10,000 parts. A prototype of a second Günsel model, the J9 SUV, will be unveiled at a later date, NEU said.

PROFFESOR Günsel said: “At present the vehicle has a range of 350km, and the battery of the vehicle can be charged at home in seven hours.

“Charging can be done at charging points that will be made available throughout the country.

“Ultra high speed charging can charge 80 per cent of the battery in just 40 minutes at a station, giving you a range of 220km. Alternatively it would take two hours to fully charge at a charging station.

“We want other companies to be involved in providing charging points. . . Manufacturing cars is big prestige for any country. One can manufacture aeroplanes and trains, but to produce a car is a great prestige that effectively puts a country on the map. Why? Because an automobile touches the person’s heart and life.

“This is why our slogan is ‘Drive the Silence’. The car also has no gearbox as there aren’t any gears – just ‘stop’ and ‘go’, like an aircraft.”

Prof Günsel said the design of the car was inspired by the Cyprus mouflon, the island’s rare wild mountain sheep.

“The mouflon has a character that we think of as the same as NEU, in that it is ambitious, wants to be high up and is stubborn.

“The lines on the Günsel’s body are meant to reflect the muscular make-up of the mouflon, to have confidence.

“We used three words to describe the car: elegant, efficient and innovative.”

While the car’s price tag has yet to be decided, Prof Günsel stressed that he wants it to be sold at an “affordable” price.

“[The price] will depend on the cost of manufacturing the vehicle at the date of production and the cost of the battery,” he explained.

A new steel construction plant is to be built on the NEU in “months” that will play a role in the production of 20,000 cars per year.

“This is a source of pride for our country, a locally and nationally manufactured Günsel car that will strengthen our sense of national pride and which shows what can be achieved in this country when there is a will,” he said.

The car can accelerate from zero to 100kph in eight seconds with a top speed of 150kph.

It runs on a 75kw electric motor, equivalent to about 100 horsepower, with a “regenerative braking system” to help boost the battery’s range.

The cost of charging will also be significantly cheaper than conventional fuel, Prof Günsel explained, with plans for Turkey to supply power to North Cyrus via an undersea cable expected to reduce running costs even further.

Some charging points are expected to be solar-powered, meaning motorists could use them for free.

Haluk Yerli: “Silence was certainly significant beyond my expectation”

KIBRIS Media Group TV presenter Haluk Yerli said after his test drive: “I was pleasantly surprised and particularly pleased about the sensation that I felt when driving the Günsel B9.

“The silence was certainly significant, beyond my expectation, and unquestionably establishes the character of the car. It was such an awakening that I stopped thinking about the all other issues that I previously and unnecessarily considered important.

“The Günsel B9 can go to Karpaz and back without stopping and can go as fast as 170kph. When available . . . it won’t hurt the bank and may even become cheaper as battery cell technology advances.

“The steering wheel sensation made me feel in touch with the asphalt, the navigation/entertainment unit was sufficient, the quality of the car was way above my expectations.

“This car still at a prototype level. From its seat covers to its technology, to its design by the NEU engineers . . . the Günsel B9 belongs to the car show rooms.  I can’t wait to hear Günsel electric car’s great success.” 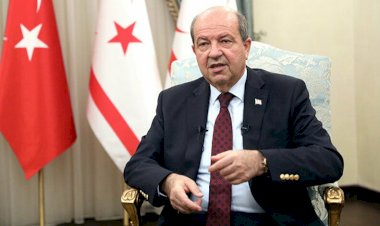 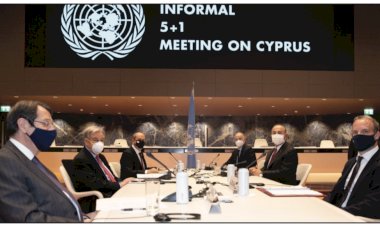 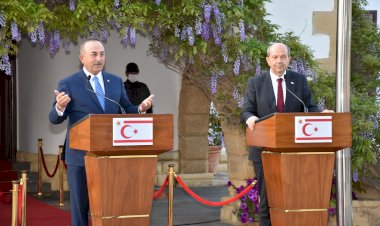 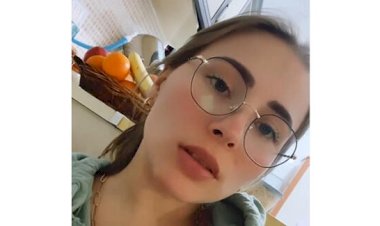