Water cuts and rationing on the cards as pipeline repair continues

Sep 14, 2020 9:28 am Ibrar Younas 4032
WIDESPREAD water cuts could be on the cards after Prime Minister Ersin Tatar said that the flow from Turkey should resume after September 25 – at least five days after current supplies in the Geçitköy reservoir are expected to run dry. 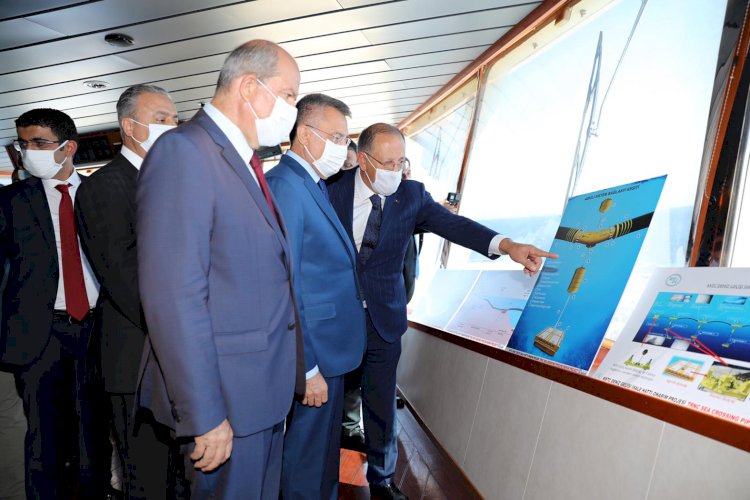 Ministers were due to hold a meeting yesterday with TRNC Waterworks Department Director Tarkan Çeki to discuss the matter. Mr Çeki had previously said that there was only enough water in Geçitköy to last until September 20.
On Tuesday Lefkoşa Turkish Municipality announced that it would begin water rationing and called on residents and businesses to not waste water on activities such as washing cars or hosing down pavements.
The amount of water held back by the Geçitköy dam has fallen to critical levels after a section of the 80km undersea pipeline that has been feeding it with fresh water from Turkey since 2015 broke off in January off the coast of Mersin. Efforts to fix the damage to the pipeline – which provides 75 million cubic meters of water a year – were then hampered by the Covid-19 pandemic.
“We are utilising our local, underground water resources to meet demand until supplies resume through the pipeline,” Mr Çeki told Cyprus Today.
On Thursday Mr Tatar flew by helicopter to one of the five ships taking part in the pipeline repair work, where he was joined by Turkish Vice President Fuat Oktay.
Speaking to reporters aboard one of the vessels, Mr Tatar said that repair works were being carried out “in extraordinary conditions both on the surface and by robots 1,600 metres beneath the sea”.
“On behalf of the people of the TRNC, I thank the Turkish Waterworks Department, which is carrying out the repair work, and also President [Recep Tayyip] Erdoğan and Vice President Oktay for their support,” Mr Tatar said. “God willing, the water will flow again after September 25.”
Mr Oktay described the pipeline, which was inaugurated by Mr Erdoğan in 2015, as “one of the most brilliant projects in the world”.
“The people of the TRNC will not go without water, we will support them whenever they need it…we will deliver water to them on September 25,” he said.
“Together, our countries will become stronger through unity in the Eastern Mediterranean.”
Mr Oktay said that the five ships were operating “non-stop” and utilising “high technology equipment” to ensure that the September 25 deadline would be met.
Turkish Agriculture and Forestry Minister Bekir Pakdemirli said: “This project is one of the most advanced to be carried out by Turkey and involved a combination of advanced technologies and engineering skills.”