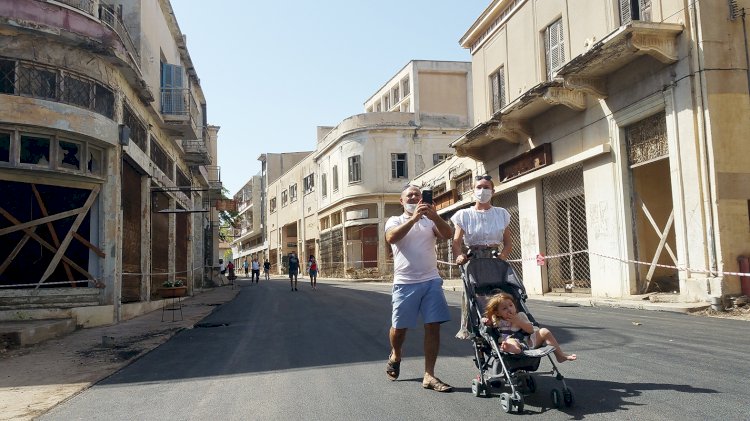 THE UK “continues to be concerned” by the TRNC’s decision to reopen part of the “ghost town” of Maraş (Varosha) a British minister has said.

Wendy Morton, a minister at the For- eign, Commonwealth and Development Office (FCDO), made the comments in reply to a series of written questions by pro-Greek Cypriot Conservative MP Theresa Villiers.

Ms Villiers, the MP for the north London constituency of Chipping Barnet, claimed that the decision to reopen part of Maraş was “in violation of UN resolu- tions”.

She also asked if Foreign Secretary Dominic Raab will make “representations” to the UN Security Council and his Turkish counterpart, Mevlüt Çavuşoğlu, over the matter Responding on behalf of Mr Raab, Ms Morton said: “The UK continues to be con- cerned by the announcement on October 6 to open the beach within the fenced-off area of Varosha and the subsequent opening of this beach on October 8.

“We have made representations to Turkey through our embassy in Ankara both prior to and following the announce- ment. These have been reinforced by con- versations held with the Turkish represen- tative at the United Nations in New York and with the Turkish ambassador in London.

“In response to the announcement, the UK called for the UN Security Council to hold closed consultations on the matter on October 9.

“The UK continues to strongly support the numerous Security Council resolutions covering the issue of Varosha, notably 550 (1984) and 789 (1992).

“In this regard, we support the UN presidential statement reaffirming its sup- port for the relevant Security Council reso- lutions and expressing deep concern regarding the announcement.

“The issue of Varosha underlines the importance of reaching a comprehensive Cyprus settlement as a matter of urgency.

“On October 19 the Foreign Secretary spoke to Turkish Foreign Minister Çavuşoğlu and stressed the importance of resuming the UN Cyprus settlement process.”