Sep 15, 2020 9:37 am Sehnaz Cehreli Ahefik 7157
OVER the last decades, tourism has become one of the most dynamic and fastest growing economic sectors in the world. 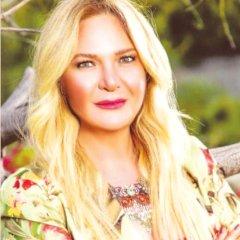 OVER the last decades, tourism has become one of the most dynamic and fastest growing economic sectors in the world. The importance of this sector as a driver for job creation and the promotion of local economic development, culture and products is undeniable. Tourism contributes to job creation both directly and indirectly, particularly for women and young people.

In 2019 the sector accounted for (directly and indirectly) some 330 million jobs worldwide, equivalent to 10.3 per cent of total global employment and one in 10 jobs globally.

For every directly created tourism job, nearly one and a half additional jobs are created on an indirect or induced basis.

A majority of tourism enterprises are micro-, small- and medium-sized enterprises (MSME) of fewer than 50 employees.

About 30 per cent of the total workforce is employed in firms with two to nine employees. The impact of the pandemic on tourism enterprises and on the livelihoods of its workers is massive.

The Covid-19 outbreak is having a devastating impact on the global economy and employment. The tourism industry has been hit hard by the necessary measures taken to contain the pandemic, and it seems unlikely that the sector will return to normalcy any time soon.

Even after the progressive lifting of containment measures, surviving enterprises will continue to face the challenges of a likely slow recovery. The ILO (International Labour Orangization) estimates that the pandemic could cause the equivalent of 305 million job losses, many of which are in the tourism sector.

The pandemic and global efforts to contain it could cause the international tourism economy to contract by between 45 and 70 per cent. Domestic tourism industries are also being impacted as about half of the world’s population is estimated to be constrained by containment measures.

In the accommodation and food services subsectors, 51 million businesses are facing an extraordinarily difficult business environment with major impacts on employment opportunities.

Own-account workers and micro-enterprises together represent nearly 60 per cent of the accommodation and food services subsectors, a reflection of their severe vulnerability to the current economic crisis.

While small enterprises around the globe play a major role as job providers, particularly in low- and middle-income countries, they often lack access to credit, have few assets and are the least likely to benefit from economic stimulus packages without targeted support.

They are now in a particularly vulnerable position as governments have mandated the closure of all non-essential businesses and many companies have had no choice but to temporarily minimise their operating costs.

Costs incurred because of the crisis may be proportionally far higher for small enterprises because of their often-limited resources and their difficulties accessing capital.

As witnessed in the aftermath of the global financial crisis, the number of small businesses is expected to decline due to widespread business failures in the wake of the Covid-19 pandemic.

Moreover, it will take considerable time to bring back investment and business operations as recovery is likely to be slow. All the sectors on which tourism has important multiplier effects, including civil aviation, handicrafts, agriculture, and food and beverage provision, have been profoundly affected.

Flight cancellations and airport closures have resulted in more than 10 million civil aviation sector jobs being put on hold.

Another challenge is the high incidence of informal working arrangements in the tourism sector, due in part to its seasonality, combined with weak regulation, enforcement and labour organisation.

Decent work deficits, such as excessively long working hours, low wages, lack of social protection and gender-based discrimination, are most pronounced in the informal economy.

The tourism sector won’t emerge from the Covid-19 crisis without aftershocks.

The sector is, however, known for its resilience to economic downturns and crises, as was the case following the severe acute respiratory syndrome (Sars) epidemic in 2003 and the 2008-2009 global financial crisis.

As such, the sector may play a key role in reinvigorating the global economy once the crisis is over.

“Building back better” in the post-pandemic period could align the tourism industry more closely with the Sustainable Development Goals and lead to a greener, more inclusive and resilient industry that provides decent work for all tourism workers.