Rising tensions in region – we need an exit strategy

Aug 17, 2020 1:40 pm İpek Özerim 5570
For Cypriots, summertime is always a period of mixed emotions. We love the beach, the slower pace of life, and the constant socialising. There are also lots of sad anniversaries in July and August, as we remember the thousands of innocent people who were killed, injured or displaced throughout the decade-long Cyprus Conflict that culminated in the 1974 War. 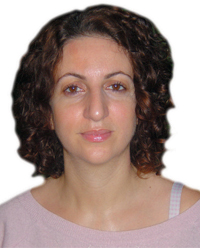 Technically, the Cyprus Conflict hasn’t ended. There is a ceasefire, but hostilities remain across the Green Line, and occasionally things threaten to get silly. The S-300 missile crisis in 1997-98 was one such occasion, when the Greek Cypriots tried to deploy Russian anti-aircraft weapons, prompting Turkey to threaten to take them out. Eventually the Greek Cypriots backed down and gave the missiles to Greece.

The war drums are banging again this summer, as political tensions, simmering since 2018, threaten to explode in the Eastern Mediterranean. The crisis is sparked by a battle to explore for gas reserves in the waters off Cyprus, which has seen Greek Cypriots and Greece pitched against Turkish Cypriots and Turkey.

Since at least 2012 and the term of President Derviş Eroğlu, North Cyprus has repeatedly offered our neighbours the chance to strike a pact to share the natural resources around us. The Greek Cypriots constantly refuse, preferring to make deals with Greece, Egypt, Israel, Italy – indeed anyone bar the Turkish Cypriots.

To offset this, Lefkoşa has granted Ankara a licence to undertake explorative drilling. At the same time the Turkish navy has thrown a protective shield around the territorial waters of the Turkish Republic of North Cyprus (TRNC), thwarting an Italian drilling ship from entering in February 2018. Italy's energy giant Eni has since suspended its activities, much to the annoyance of South Cyprus.

Backed by Greece and France, the mad-as-hell Greek Cypriots have repeatedly called on the European Union to sanction Turkey. A few Turks involved in drilling have been subjected to an EU travel ban and their assets frozen, but beyond harsh words and threats, the issue has not led to any serious fallout. That may change in the days ahead.

The problems, however, go beyond Cyprus, as the two ‘motherlands’ are also at loggerheads over their territorial waters. Claims and counter claims have dogged relations between Athens and Ankara for decades. Greece seeks to use uninhabited islets in the Aegean Sea to extend its maritime territory right up to Turkey’s coastline. This belligerent attitude nearly led to war over the tiny Imia/Kardak in 1996.

The dispute dates back to the Lausanne Peace Treaty of 1923, which confirmed the territories of modern Greece and Turkey. The Treaty didn’t foresee, and therefore specify, how rights over continental shelves are managed, instead setting out that the Aegean be treated as a common sea between Turkey and Greece, with both enjoying equitable access to it and the air space above.

In November 2019, to counter the pacts made by South Cyprus and Greece to carve up the Eastern Mediterranean into exclusive economic zones (EEZ) favourable to themselves, Turkey signed a deal with Libya setting out a new EEZ, from the Turkish southern coast to Libya's north-east coast.

Not surprisingly. Egypt and Greece rejected this, and earlier this month they penned their own deal. The map that emerged is absurd – and unworkable – as it literally squeezes Turkey out of the maritime frame, despite the country having the longest Mediterranean coastline.

Now France has decided to wade in to support the Greeks, deploying two Rafale fighter jets and a naval frigate in the Eastern Mediterranean, ostensibly to reduce tensions between Greece and Turkey. From a Turkish perspective, the French arriving under these circumstances, with its clear bias towards Greek interests, is only raising temperatures.

Franco-Turkish relations have never been great. The French were soundly beaten by the Ottomans at Gallipoli in 1915, but had their revenge after the First World War, carving up the Ottoman Middle East as one of the victors.

A high-point in bilateral relations came with President de Gaulle, who spearheaded real rapprochement between the two countries. It culminated in a five-day visit to Ankara in 1968 where, amongst other things, he declared to former President İsmet İnönü, then-leader of the opposition, that a permanent division between the two communities on the island of Cyprus was advisable.

France’s position on Cyprus was reversed under new President Giscard d’Estaing, who in 1974 condemned Turkey for intervening in Cyprus. Relations have become increasingly sour ever-since. Successive French Presidents have objected to Turkey’s EU candidacy, the French passed a resolution recognising the 1915 atrocities against Ottoman Armenians as a “genocide”, and they regularly support political opponents of Ankara, from the Kurds to left-wing renegades forced out by right-wing regimes in Turkey. Today France, supposedly a NATO ‘ally’, is openly hostile to Turkish foreign policy on Cyprus, Libya and the Aegean.

As strong as Turkey’s armed forces are, this is not a time for a military face-off. We need far greater emphasis on diplomacy, which is not helped by rhetoric like ‘Turkey has the capacity and capability of destroying evil alliances formed against it in the Mediterranean Sea’ – as stated by the Turkish Foreign Ministry on Monday, which was followed by President Erdoğan’s call for a ‘win-win solution by dialogue’ on Thursday.

Turkey has fallen out with virtually all of its regional neighbours and has few friends to call upon. Driven more by ideological reasons than common sense, President Erdoğan refuses to work with Syria’a Bashar al-Assad, and Egypt’s Abdel el-Sisi, while turning its back on Israel, which is busy nurturing important ties with new Arab allies like the UAE, which stands against Turkey over Libya and Syria. Indeed, with much of the Arab world shunning Turkey, the options are thin on the ground.

One country President Erdoğan can turn to is Russia, which has the influence to facilitate behind-the-scenes meetings in Damascus and Cairo. This can help start the normalising of relations as part of Turkey ‘win-win’ strategy, without Ankara having to compromise over the ludicrous demands of the Greeks.

If Turkey keeps Russia, and its two key NATO allies the US and UK on side, France will not be able to do much in our region beyond bark. Given the deep economic and pandemic woes engulfing Europe, it is highly unlikely the rest of the EU bloc will want to square up to Turkey. Cool Turkish heads must replace antagonistic moves and rhetoric, and controversial issues such as the opening up of Maras must be placed on the back-burner.

The Turks badly need a strong international PR campaign too, to offset the poor perceptions cultivated by biased Western media, which regularly presents Turkey as ‘the bad guy’. Yes, there is plenty to criticise Mr Erdoğan, but Turkey’s policies on refugees, Cyprus, Libya and more is often morally and legally justified. Now is the time for smarter Turkish communications and diplomacy, so we find that elusive exit strategy before tensions do actually boil over.