Jan 18, 2021 9:09 am Ibrar Younas 1223
PRIME Minister Hamza Ersan Saner called this week for an early general election after an MP from his National Unity Party (UBP) failed in her latest attempt to become the new Speaker of Parliament. 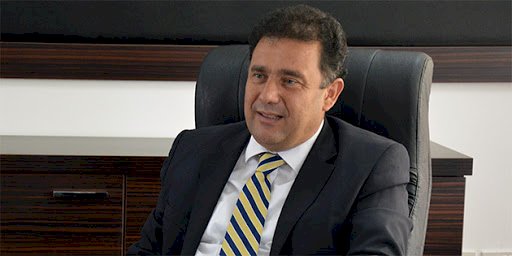 MPs rejected Remziye Canaltay’s bid in two rounds of voting on Monday. The first round of votes saw 25 MPs say no to Canaltay’s candidacy compared to 23 in favour.

A second round saw support drop to 19 votes for Canaltay, with 27 rejections and two abstentions.

Forty-eight MPs in the 50-seat assembly took part in the voting. One seat remains vacant after Ersin Tatar became President in October while UBP deputy Hüseyin Özgürgün has been in self-imposed exile for over a year after his immunity against prosecution was lifted.

Mrs Canaltay, who is the daughter of former TRNC president and ex-UBP leader Derviş Eroğlu, also saw her Speaker job hopes thwarted in a vote earlier this month.

The whole saga has caused “great upset” for the UBP, the biggest party in Parliament with, officially, 21 MPs but only 19 in practice because of the departure of Mr Tatar and the absence of Mr Özgürgün.

The UBP is the main partner of a minority coalition government formed last month with the Democrat Party (DP) and the Rebirth Party (YDP). The last general election took place in January 2018.

Speaking in Parliament after the fresh rejection by lawmakers of Mrs Canaltay’s candidacy, Mr Saner called for an “early general election” to break the impasse.

His remarks caused mixed reactions among politicians. YDP leader and Deputy Prime Minister Erhan Arıklı said a general election should take place at the “earliest date possible”, after describing the stance of Mr Saner in Parliament as “emotional” and full of “rage”.

Main opposition Republican Turkish Party leader Tufan Erhürman said that the latest developments and call by PM Saner to go to the polls showed that the newly formed government was like a “stillborn” baby.

“From this point on, any appointment of officials outside the Public Services Commission, the granting of citizenships, tenders, etc. . . will all be done because of an election and this is unacceptable,” he said. “The country is in chaos.”

DP leader Fikri Ataoğlu opposed the idea of an early election, saying: “Is the public ready for an early general election? Taking such a decision without questioning this is not a correct decision. The issue that should be on the agenda of the country is not an election, but the problems facing the country that need to be addressed.”

People’s Party MP Kudret Özersay said that while his party was ready to contest an election if a consenus was reached, such a move would lead the country to “chaos”.

Social Democratic Party leader Cemal Özyiğit said that “history has once again been written in Parliament. . . the government gave itself a vote of no confidence. Even prior to the state budget being passed, the Prime Minister himself has called for an early election.”

On Thursday Mr Saner expressed surprise at the reaction to his comments.

“The issue of holding an early general election has not been shelved,” he said. “We will be taking up the matter with our coalition partners. . . However I do not understand why there has been such a reaction.

“It was already known that this is an early election government. The reactions are as though this is something new.”

A “government protocol” signed by the leaders of the UBP, YDP and DP in December envisaged a general election taking place in October 2021.