Dec 21, 2020 11:52 am Ibrar Younas 5289
THE economy and health were top of the agenda as Prime Minister Hamza Ersan Saner revealed his programme for government in Parliament on Monday. 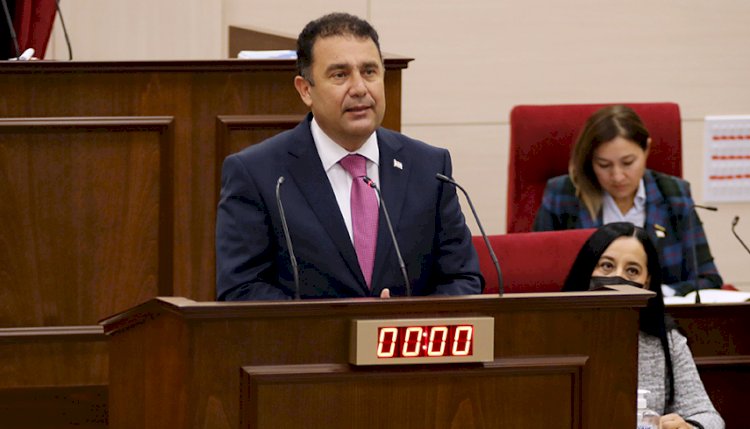 The speech was the National Unity Party leader’s first announcement in Parliament following the formation of a three-party coalition with the Democrat Party and the Rebirth Party.

Under the plan, which was this week debated by MPs, an “economic consultation committee” will be established.

Objectives for dealing with the Covid-19 pandemic include: the consideration of suggestions made by scientists and “relevant institutions”; the opening of the new emergency hospital in Lefkoşa “for immediate use”; and the inoculation of people, starting with “risk groups”.

According to the programme, there will be more emphasis on “equality of opportunity” when employing civil servants; amendments will be made to laws to reform the Civil Service and “increase productivity in the public sector”; while the prime policy for the Labour and Social Security Ministry is to reduce unemployment by encouraging employers to recruit more local people.

The state of the industrial sector will be “reviewed” and an “industry strategy report” will be updated.

Public services will be “modernised”, and the “necessary resources” will be allocated for the Gender and Equality Department to “start working effectively”.

The government will support those businesses that provide “bonuses” to their employees on a regular basis. Social security funds will be strengthened and policies will be designed for “women and vocational graduates” to participate in economic life.

The government programme sets out plans for education to return to normal by the spring term of the 2020-2021 academic year.

More youth centres will be created, and centres for people with disabilities, and there will be steps taken to increase participation in sports.

The programme also calls for the second phase of the “Accessible Life House” to be completed and opened in 2021.

Efforts towards establishing a new care home will be intensified. Services for the elderly and disabled people in need of protection “must be diversified”, the programme stated.

The tensions in the Eastern Mediterranean were also discussed. The government stance is to “stand up for our rights in the region including natural gas, continue with of the reopening of Maraş in cooperation with Turkey and to move forward with close ties to “motherland” Turkey. As for the “Cyprus problem”, it was stated that the new government backs a two-state solution. The rising demand for renewable energy sources will be met with “studies towards that goal” and a “competitive renewable energy market will be created”.

The state broadcaster BRTK will follow a “path that serves the interests of the Turkish Cypriot community” and provide a “diversity of voices”.

Opposition MPs criticised the new government plan. Main opposition Republican Turkish Party leader Tufan Erhürman said the government’s stance on a solution in Cyprus had “presented the status of the side that wants a solution on a golden platter to [Greek Cypriot leader Nicos] Anastasiades, who does not want a solution”.

Social Democracy Party general president Cemal Özyiğit argued that there are “no countries that will recognise two states in Cyprus”. He continued that natural gas should be discussed “with cooperation as opposed to with aggression”.

People’s Party MP and former minister Kudret Özersay criticised the formation of the “minority government” but said that he would not oppose the government programme “for the sake of opposing” due to the “high level of unemployment” in the TRNC.