Aug 31, 2020 4:22 pm Ibrar Younas 3115
TEACHERS’ trade unions have warned that schools should not reopen as planned on September 14 because it would risk spreading the Covid-19 pandemic throughout the country. 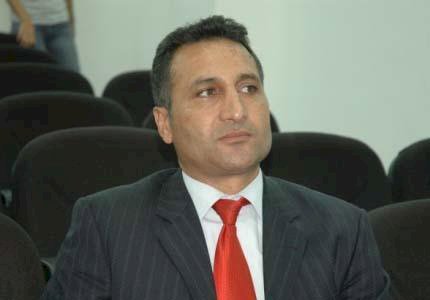 The KTOS and Secondary Education Teachers’ unions   joined forces this week to urge the Government not to resume face-to-face lessons by 6,000 teachers for some 50,000 pupils until Covid-19 is completely eliminated in the TRNC.

KTOS called for immediate action to prepare for computer-based distance-learning, saying that essential groundwork had not been carried out and calling for “a digital education policy” to be developed based on a list of its recommendations. “A separate department within the Ministry of Education should be established with its own budget and technical staff to formulate and implement distance-learning,” said the union’s education secretary, Burak Maviş.

Other recommendations put forward by KTOEÖS include:

*   Investing in computer equipment and software for teachers and pupils.

*   Establishing a website with on and off-line education platforms and web-conferencing facilities.

*   Ensuring equality of distance learning for State and private school pupils “by supporting those in need through the provision of tablet computers and internet   access”.

*   Computer training and guidance for teachers, pupils and parents.

*   Formulating a charter outlining “the duties, rights and responsibilities” of teachers, pupils and parents involved in distance learning.

The Secondary Education Teachers Union also called for face-to-face education - which was halted on March 10 - to be postponed, with its President, Tahir Gökçebel, saying:  “The necessary measures are not being taken before the scheduled reopening.

“As a country, we have achieved success so far as the number of Covid-19 cases  has been contained compared to elsewhere  but that trend could reverse when some 50,000 pupils and 6,000 teachers return to the classroom with no social distancing enforcement nor other precautions taken. More cases are also likely due to the government allowing entry to the TRNC without requiring a period of quarantine.

“Our union has always supported a resumption of face-to-face education on condition that all necessary precautions are in place first.   We, as a country, do not have an   adequate infrastructure for distance learning.

“Face-to-face education is essential, especially for secondary education, but the State must first consider public health.”

As reported by  Cyprus Today  last week, Minister of Education and Culture, Nazim Cavusoglu, said that online education would begin on September 1 before pupils return to their desks on September 14. “We have prepared a comprehensive, 45-page textbook about the rules to be applied during the pandemic,” she said.

“Fifty-thousand masks have also been produced for distribution to pupils and staff and we have ordered a large quantity of other hygiene equipment.”

Turkish Cypriot parent of two children aged 9 and 12, Mine Hafız also criticised the Government after the re-opening decision, saying: “As long as cases continue to increase, many parents will refuse to send their children to school.  A decision to space pupils has been taken by the authorities, but that is an insufficient measure and quarantine-free entries to the country still exist.

“In my opinion, the number of cases should be zero for a while before face-to-face education resumes.

“Schools and classes were unhygienic even before the pandemic, air conditioners and toilets were dirty. I, as a parent, will visit go to my child’s school to see if the precautions there are sufficient”

A BLISTERING attack on the government over its plans to re-open schools on September 14 was also made by the head of Teachers’ Union KTOS on  27 August.

Speaking at a specially-convened press conference, KTOS general secretary Şener Elcil said: “We want schools to re-open in a safe and healthy environment but the Ministry of Education and Culture has not taken the required action to enable that.

“The Government is not acting in the best interests of public health and the politics it is pursuing during the pandemic are a fiasco. The ministry, for example, has made contradictory statements about the process for opening schools while hygiene materials such as thermometers for measuring temperatures have not been delivered.

“There has also been a failure to deal with deficient infrastructure in school buildings and parents and pupils have not been kept adequately informed.

“Face-to-face education is essential and we want the schools to be re-opened, but only after the necessary health and safety measures have been put in place.”