Sep 14, 2020 11:50 am Ibrar Younas 4804
PEOPLE arriving in North Cyprus from “Category B” countries – which includes Turkey and the UK – must now go into quarantine for seven days, even if they have presented two negative PCR Covid-19 tests. 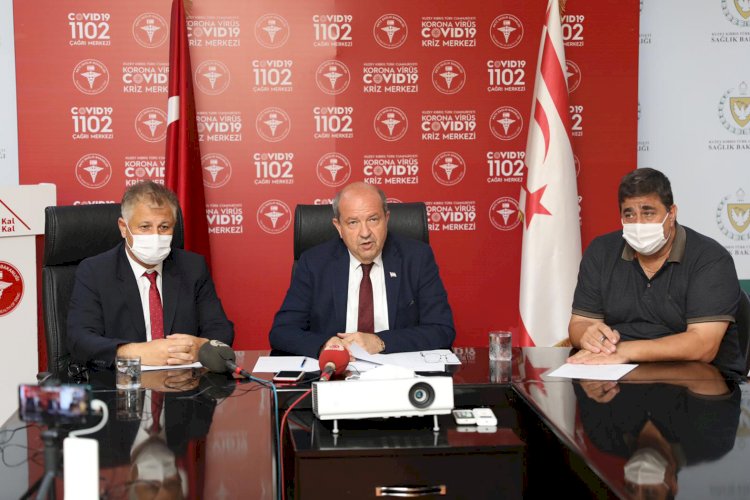 Taken from this week's issue of Cyprus Today.

The announcement was made following an emergency meeting of ministers last Saturday amid growing concern over the increase in locally transmitted coronavirus cases, including a spate of cases in the villages of Akdoğan, Vadili and İnönü.

The new arrangements for entering the TRNC were updated by the Communicable Diseases High Committee on Wednesday following a further Council of Ministers meeting.

According to a written statement issued by the Health Ministry, travellers coming to the TRNC from Category B countries must present, on arrival, a negative PCR test result done within the last 0-120 hours before the travel start date or they will not be allowed into North Cyprus.

Those admitted will then be taken to quarantine centres determined by the state for seven days after entering the country and perform a second PCR test “when necessary.”

The new regulations came into effect at 11.59pm last Sunday and will remain in force until 11.59pm on Sunday, September 20, the statement said.

People on “official business” travelling between the TRNC and Turkey will be exempt from quarantine “if they implement the necessary measures … and return to their countries within 72 hours”.

Students coming to the TRNC for higher education will also be isolated for seven days in dormitories or hotels designated by the university.

Those travelling abroad for health reasons can apply to the Health Ministry to have their quarantine conditions “evaluated”.

Travellers coming from a “Category A” countries via South Cyprus with a negative PCR test conducted in the last 72 hours are allowed to enter the TRNC without going into quarantine.

“But if people from countries in Category A come to North Cyprus via Turkey, the Category B rules will be applied them,” the statement added.

“People who work or receive education and treatment in South Cyprus, and those who travel to the South due to other reasons, will be able to continue their journey by having a PCR test only once.

“However, random PCR tests will be done to these people. Also, everyone living in South Cyprus will be able to enter the TRNC, by showing a negative PCR result only once.”

With regards to the buffer zone village of Pile, which is inhabited by Turkish Cypriots and Greek Cypriots, the Health Ministry said that “all [TRNC] citizens” residing there will be able to “continuously switch from North [Cyprus] to Pile or from Pile to the North, provided that they show a PCR negative test result on their first pass”.

Similar rules also apply to “personnel of diplomatic missions, the UN, the EU, the British [Sovereign] Base Areas and similar international organisations in Cyprus”, with random PCR testing in place.

The quarantine period for people from “Category C” countries is 14 days. The Health Ministry added that PCR tests are not required for children “in the 0-5 age group” in order to enter the TRNC.