Let’s get real, going back to the future is no option 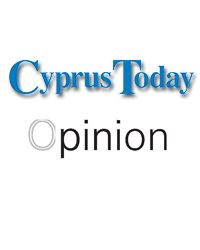 FIRSTLY, I would like to congratulate Mr Ersin Tatar on his election as the fifth President of the Turkish Republic of Northern Cyprus. Good luck Mr President, you have the very best wishes of all Turkish Cypriots, wherever they are in the world.

For years, I have been frustrated, and often angered, by the partial and invariably misleading reporting of Cyprus and the Cyprus issue by the European and British media. Specifically, by the way the TRNC has been treated and the disregard for Turkish Cypriots. But my blood pressure has been hitting new highs in the past few weeks for reasons that I will explain.

The narrative in the reports beneath each headline was in keeping with the tone of the headline. The first report was broadly positive, welcoming, and friendly, while the recent one was harsher, questioning and, overall, negative. The clear feeling one was left with on reading about President Tatar’s victory was that nothing good would come of it.

I have to say, the two articles probably tell us more about the BBC than they do about President Tatar, President Akıncı or the TRNC. Not that what the BBC says about TRNC election results matters a jot. Apart from anything else, the BBC’s famed objectivity is now questionable, trust in its output is no longer a given and the esteem with which the institution used to be held has diminished. While the BBC World Service may be regarded differently by its many listeners around the world, at home the domestic service is simply not held in the high regard it once was. Fact.

You might say, so what? Who cares what is written about the TRNC on the BBC website? The British people themselves pay little attention to, and have less faith in, their national broadcaster than they once did. On the other hand, the BBC is the national broadcaster and Britain, whether she likes it or not, is not only the former colonial power but also, like Greece and Turkey, a guarantor of Cyprus’s Treaty of Guarantee. The BBC website is also read around the world.

My personal bugbear and what I have always found irksome about the egregious claptrap I read or listen to about Cyprus, be it on the BBC or elsewhere, is what the reporting tells us of the way Cyprus is perceived and portrayed to the outside world. Not that you will find many references to the TRNC or Turkish Cypriots, unless it is a shallow and invariably slanted report just before or after a presidential or parliamentary election.

More likely nowadays are for reports to be about the latest “threat” posed by the Turkish Navy to hydrocarbon exploration in the Eastern Mediterranean, when the TRNC might get a passing mention.

Here is another example of the sort of thing that has exasperated me for years: “EU frowns at North Cyprus pre-election stunt”.

This was the headline over a report on the opening of Varosha (Maraş) in “Euractiv”, a pan-European media network – ostensibly independent, although partly funded by the EU and with headquarters and central editorial staff based in Brussels. Really independent, ahem.

But it is widely read. The article itself included the following sentence: “The internationally-recognised government of the divided Mediterranean island swiftly condemned the decision as a ‘pre-election stunt’ and said it would lodge protests to the UN Security Council and European Union.”

In other words, the headline was taken from the Greek Cypriot government’s statement, which effectively became the EU’s official reaction to the TRNC decision to open Maraş.

So, what do we do about it? How do we alter the tableau that has been created by the Greek Cypriot government over 60 years, with greater intensity in the past 30 to 35 years? How can Greek Cypriots be persuaded that a settlement is as much in their interests as it is in everyone else’s? Or is that just pie in the sky?

For 43 years, Turkish Cypriot negotiators of administration after administration have doggedly pursued a bicommunal and bizonal federal arrangement based on a concept of equality.

On one occasion the TRNC government was even prepared to sign a deal to which 66 per cent of Turkish Cypriots gave the thumbs-up. Admittedly, the late and much-lamented Rauf Denktaş was not keen on that plan. The great man need not have worried, the far-right and the Orthodox Church in the South made sure that plan too came to nought. It did of course lead to Greek Cyprus’s membership of the EU and lots of broken promises to Turkish Cypriots.

The negotiators again sat around the table in Crans-Montana, in 2017, only for the talks to collapse at the eleventh hour. According to the Cyprus Mail – a paper not renowned for its pro-Turkish Cypriot stance – in an article published on February 9, 2020, Makarios Drousiotis wrote: “The Cyprus issue was resolved in Crans-Montana, but the public was never told.” And guess what, it was Greek Cypriot leader Nicos Anastasiades who intentionally collapsed the talks because he thought agreement might cost him the presidency in the forthcoming elections. Needless to say, the blame was placed squarely on Turkey for insisting on keeping troops on the island, despite Turkey having agreed to revert to the Alliance Treaty number of 650 troops, something Greece had gone along with. However, yet again, “according to diplomatic sources” (i.e. Greek Cypriot diplomats and their EU friends) it was all the fault of the wicked Turks and the poor Greek Cypriots were the victims. And every time, the outside world falls for it hook, line and sinker.

Clearly, the bifederal, bizonal approach has failed. Not once, but time and again. It seems some Greek Cypriots recognise that this approach is unlikely ever to be successful. Even the rule-bound and inflexible EU must surely see that the Cyprus issue is not about poor Greek Cypriots versus big ogre Turkey, whose presence on the island was in any case prompted by the plight of the Turkish Cypriots in 1974.

The UN Secretary-General, it seems, saw the light at Crans-Montana. If the EU and United States can do the same – I think the UK has understood the problem all along – we might begin to see an outline of potentially fruitful talks. A two-state solution?

Turkish Cypriots simply have to be treated as the political equals of Greek Cypriots. Cyprus is not and never has been a Greek island, with scattered minorities here and there of whom the Turks are the largest group.

It was that attitude that led to Turkey’s intervention in 1974. The Greek Cypriots really have to see sense. As for hydrocarbons in the waters around the island, they belong just as much to Turkish Cypriots as they do to Greek Cypriots. Is it too much to ask that this self-evident truth is universally accepted?

This brings me back to where I began; how do we make sure the image that the outside world sees of us is a true reflection of the TRNC and its people? The Greek Cypriots have proved masters of the use of soft power to further their aims and objectives over the years.

It is not by chance that they are internationally accepted, are members of the EU, the UN and a plethora of international organisations and in a position to deny Turkish Cypriots access to them all, as well as using their privileged positions to keep in place utterly reprehensible, immoral trade embargoes and travel restrictions. So much for EU concern for human rights.

The Greek Cypriots have planned it all meticulously and thrown unlimited resources on their strategies to get them to where they are. Their most effective tool has been their soft power, honed over many years and deployed at times of negotiations and liberally sprinkled to leave them smelling of roses in the wake of inevitable failure when, in fact, they have been the cause of any resulting smell. Let us learn from this approach and the next time our negotiators sit opposite their Greek Cypriot counterparts, they are negotiating from a position of strength and not weakness. And if the talks break down, they are not left trying to avoid the ordure being thrown at them from all angles.

I see the election of President Tatar as an opportunity and believe the Anastasiades-inspired collapse at Crans-Montana was a reminder that Greek Cypriot governments have never been interested in agreement, only in a reversion to the status quo ante of June 1974, minus the coup that drew in Turkish forces. The Greek Cypriots know that Turkish Cypriots will never be party to any agreement that takes us back to where we were. Perhaps that is why they continue to press for this. The rest of the world, including the EU, may not be aware of what going back to the future will actually mean, perhaps I can remind them: it was when Turkish Cypriots were treated as a third-class, undeserving, minority, threatened by the likes of the genocidal Nikos Sampson and other right-wing extremists and were exposed to the sort of ethnic cleansing seen in the Balkans in the 1990s. Is that what the UN and EU really want? One thing I am confident of is that President Tatar will never let that happen.