Jul 1, 2020 10:12 am Ibrar Younas 1681
THE south’s minister of the interior, Nicos Nouris, has ordered an investigation into the alleged sexual harassment of three underage boys at the Pournara refugee camp. 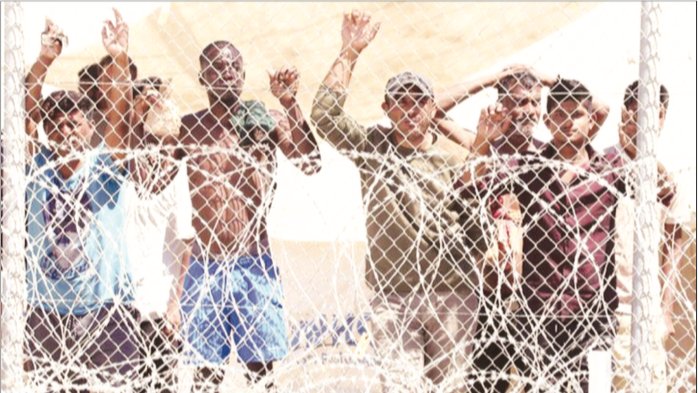 It follows a damning report by the United Nations High Commission on Refugees (UNHCR) following a visit to the camp at Kokkinotrimithia, close to the Green Line west of Nicosia.

The matter was raised during a discussion before the House standing committee on human rights. There were also reports of harassment of women, and of grooming for prostitution.

“We are witnessing a chilling reality,” said the Commissioner for Children’s Rights.

The minister was outlining the operation of both refugee accommodation centres, mentioning that no virus cases have been recorded there, when the representative of the UN High Commissioner on Refugees dropped an unexpected bombshell, claiming:

The Pournara accommodation centre is not only used for 72 hours, as should have been the case, but guests stay there on a more permanent basis.

70 and are now 47.
The Social Welfare Services did not know the number of unaccompanied minors at Pournara and even thought that there were no children there.

Throughout this time, children did not experience their rights as children.

Some of the children have relatives in Cyprus and it has not been clarified why they were not allowed to go live with them.

During one of our visits, we found out that there are children, mainly boys, who are staying with adult men and have been sexually abused, which is attributed

to the fact that they were not housed in a separate area.

The High Commission’s representative George Aeliotis said that he visited Pournara last Thursday and called the Commission’s office the next day and briefed an officer of the situation.

The children told him that as they were queuing to get food, adults were touching them, pulled the curtain as they were showering, and they were terrified as a result.

Aeliotis also mentioned that when he asked the children whether a public official approached them to talk with them, they responded in the negative. They said that the only one who spoke to them was the police officer who received them. “When I was about to leave, they were pleading with me to stay with them a little longer,” Aeliotis added.

Representatives of other departments who were pre- sent at the meeting said that no official complaint was submitted to them for sexual harassment of minors. On the government’s side, it was maintained that many of those who said they were minors were in fact not, a position seconded by the interior minister Nicos Nouris.

The assistant police chief for Nicosia said that the things mentioned constitute a serious criminal offence and should be investigated.

Addressing the complaint, Nouris said that he has “already given instructions for immediate investigation of the incident and we will communicate the outcome.”