Feb 22, 2021 10:30 am Ibrar Younas 867
THE British High Commission (BHC) in South Nicosia has refused to say whether or not gifts given by President Ersin Tatar to the Queen and UK Prime Minister Boris Johnson have been delivered to their recipients. 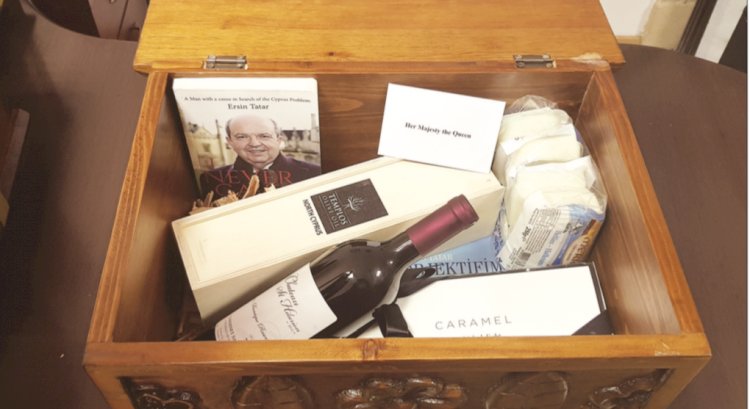 This paper reported exclusively on February 6 how Mr Tatar had given Foreign Secretary Dominic Raab, who was visiting the island on February 4, a wooden case containing olive oil, red wine, Turkish delight, hellim cheese and two of his books as a present.

Two other cases containing the same items were also given to Mr Raab to send to the Queen and Mr Johnson.

Cyprus Today this week asked officials at the BHC if the monarch and the PM had received their gifts.

A spokesperson replied: “All official gifts are handled in line with the Ministerial Code of the Cabinet Office. The relevant article [7.22] of the code states: ‘Gifts given to Ministers in their Ministerial capacity become the property of the Government and do not need to be declared in the Register of Members’ or Peers’ Interests.

‘Gifts of small value, currently this is set at £140, may be retained by the recipient. Gifts of a higher value should be handed over to the department for disposal unless the recipient wishes to purchase the gift abated by £140.

‘There is usually no customs duty or import VAT payable on the importation of official gifts received overseas. HMRC [Her Majesty’s Revenue and Customs] can advise on any cases of doubt.

‘If a Minister wishes to retain a gift he or she will be liable for any tax it may attract. Departments will publish, on a quarterly basis, details of gifts received and given by Ministers valued at more than £140.’”

The BHC spokesperson then added: “So the gifts in question will be handled in accordance with the above. We will not be discussing any further details of gifts given or received.”